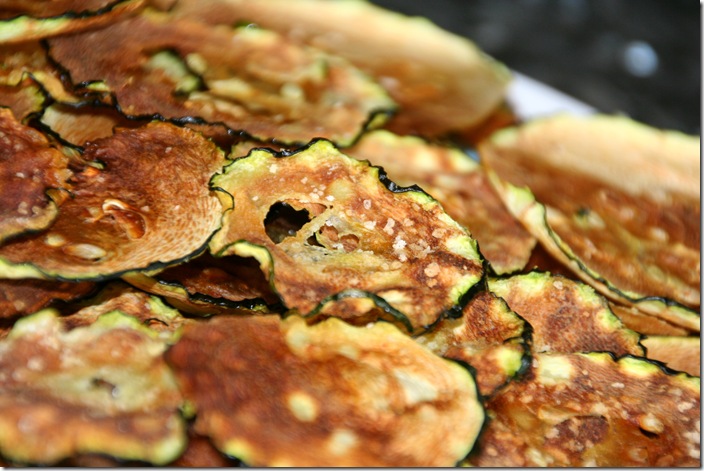 I have been promising a friend, ever since I had her try my Crispy Zucchini Chips, that I would post the recipe so here it is, finally!  I’ve been seeing all sorts of veggie chips all over the internet and when I pulled a giant zucchini from our garden I decided to give it a go.  I tried a few different methods, baking in the oven, using the crisper pan in the convection/microwave but what I found worked best was just using the straight microwave. 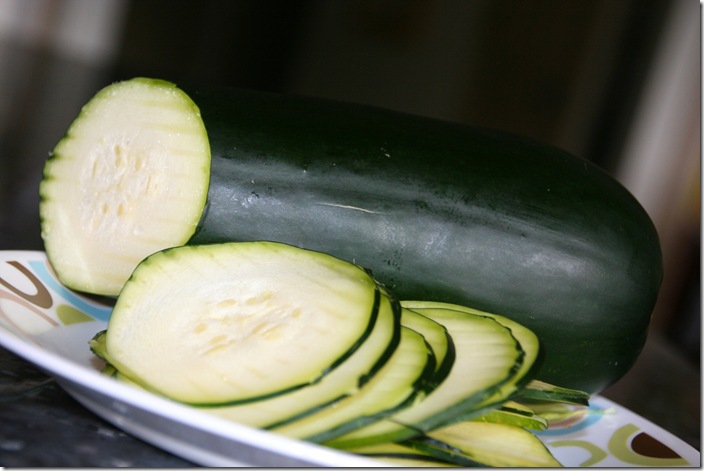 The process was super simple, I used my mandolin to thinly and evenly slice the zucchini. 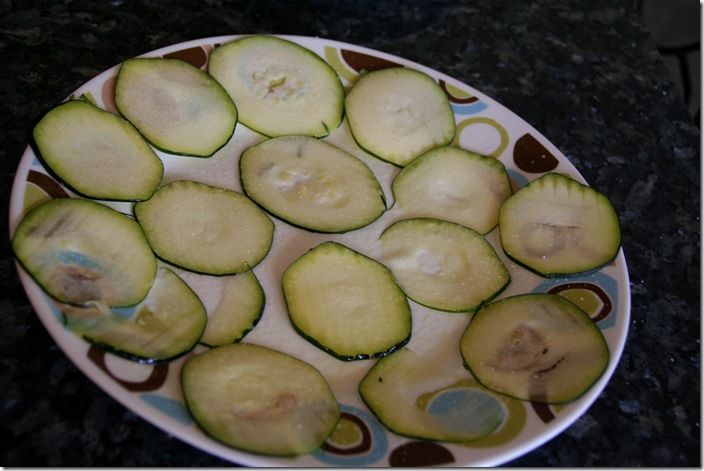 On a microwave safe plate, sprayed with cooking spray, I laid the zucchini slices so that they were not overlapping.  I lightly spayed a bit more cooking spray on top of the zucchini and a super light dusting of sea salt then into the microwave. 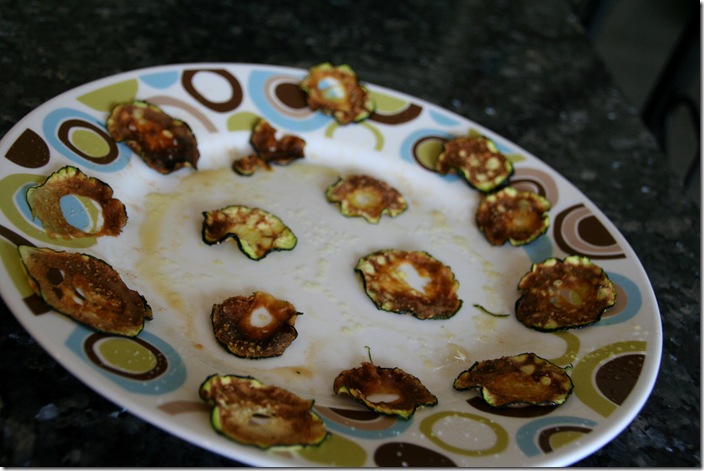 In my microwave it took 6 minutes, 20 seconds and I had perfectly crisp and golden chips.  I’ll tell you that these chips are totally addictive and the fact that I got as many on the plate to photograph as I did is amazing as I thought that I was eating them as quickly as they were coming out of the microwave.  I’ve made a few batches thus far and the ones that I don’t devour immediately I store on the counter sealed in a Lock & Lock.  As I said, these chips were a huge success with everyone and what an easy and great way to eat your veggies.  I hope that you’ll make these Crispy Zucchini Chips and that you and your family enjoy them as much as we do. 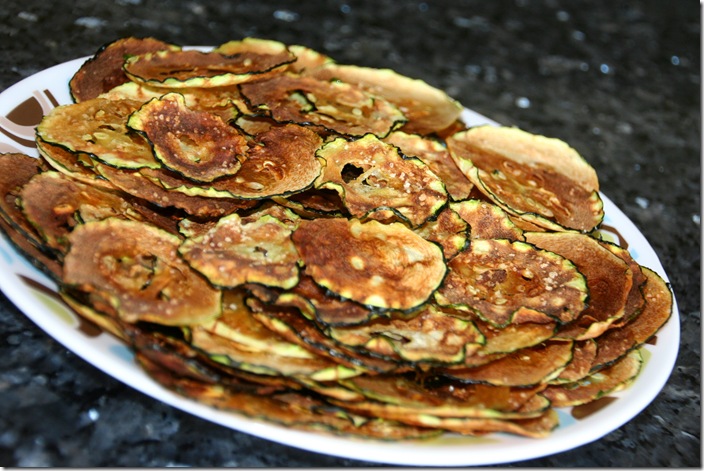 Using a mandolin, thinly and evenly slice the zucchini.  Spray a microwave safe plate with cooking spray and lay a single layer of zucchini on the plate without overlapping the slices.  Lightly mist the top of the zucchini with additional cooking spray and very lightly dust with sea salt (use a lot less salt than you think you’ll need as the flavor will concentrate as the zucchini cooks)  Microwave for approximately 6 minutes, until the zucchini is crisp and golden.  Remove to another plate to cool.  Once cool store in a sealed container at room temperature.