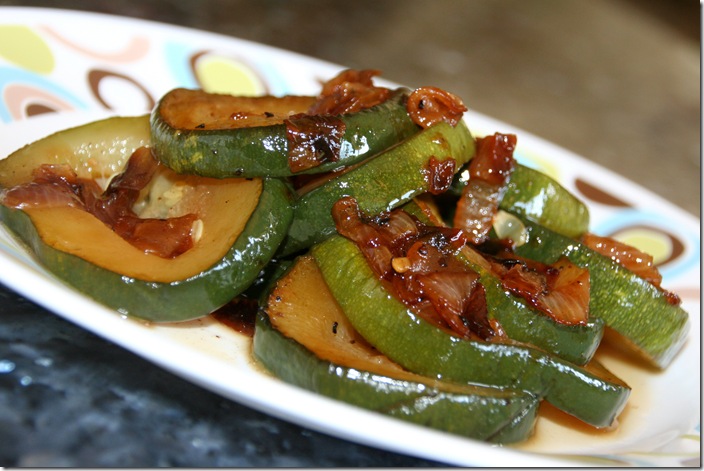 This month for the Improv Cooking Challenge our hostess Kristen of Frugal Antics of a Harried Homemaker asked the participating bloggers to make any recipe of their choosing using the two given ingredients of zucchini & brown sugar.  My first thought of course was a zucchini cake as I have a lovely and delicious recipe but as I’ve been trying to avoid carbs and Maisie with her allergies can’t have it and well, Eammon just doesn’t need it… I decided to go in a different direction.  I found a recipe on Sarah’s blog, My Culinary Sanctuary for Zucchini Squash and Onions with Brown Sugar and it sounded and looked delicious so I figured I’d give it a try. 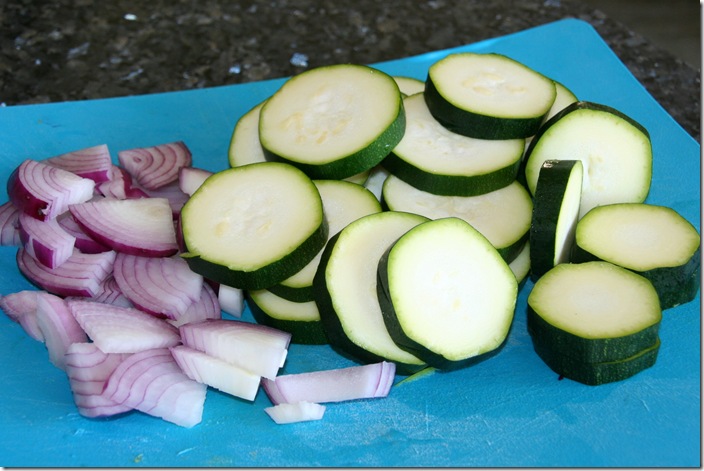 The recipe was simple enough.  I just chopped up an onion and a nice big zucchini fresh from the garden and then it was an easy sauté to an absolutely wonderful end.  I honestly didn’t know if this recipe would be a hit or not but I was blown away with how delicious such a simple recipe could be.  The onions were sweet, the flavor of the zucchini shone through and the touch of butter gave the sauce a velvety mouth feel.  The brown sugar didn’t make the recipe sweet but just seemed to enhance the natural sweetness of the ingredients.  I highly recommend that you give this recipe a try, you won’t be disappointed. 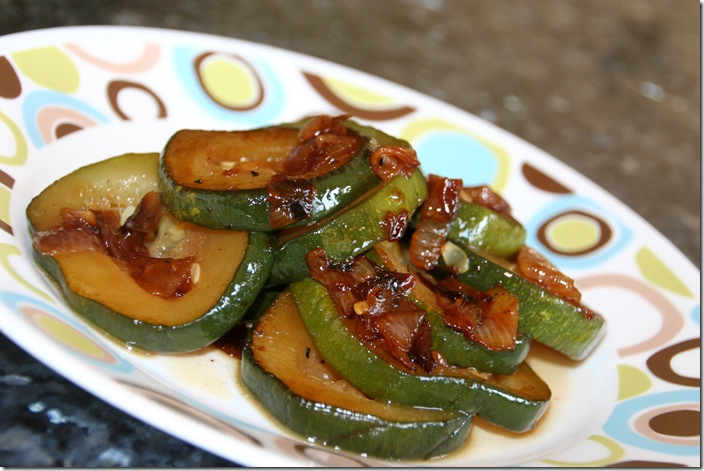 Slice the onion and zucchini.  In a large frying pan over medium heat, melt the butter.  Add the onions and let them cook until they start to caramelize.  Add the zucchini, salt, pepper & Whey Low Gold or brown sugar.  Mix everything well, cover and let cook for 20 minutes, stirring occasionally.  After 20 minutes remove the lid and if there is a large amount of liquid, cook uncovered for a few minutes allowing the liquid to reduce, (I did not have much liquid so I skipped that step.)