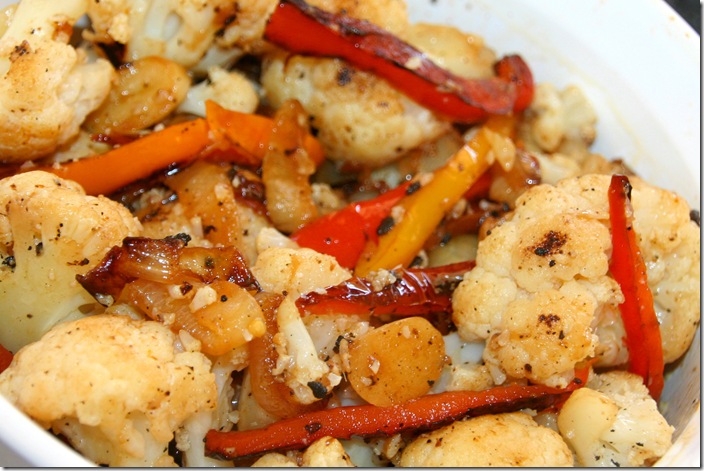 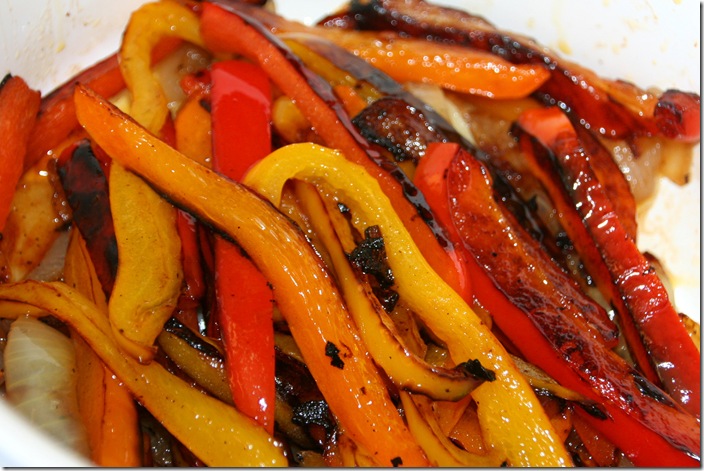 I served this cauliflower dish at our Thanksgiving dinner this year along side the Spatchcocked Turkey.  As I said in previous posts, because we were only a small group, the three of us and my parents and that fact that Maisie, my Mom and I were all sick,  I went simple and easy with our meal and used only the ingredients I had in the house.  With this recipe, I knew what flavors and textures I wanted and I just made it up as I went along.  Thankfully it came out exactly as I envisioned and everyone loved the dish. 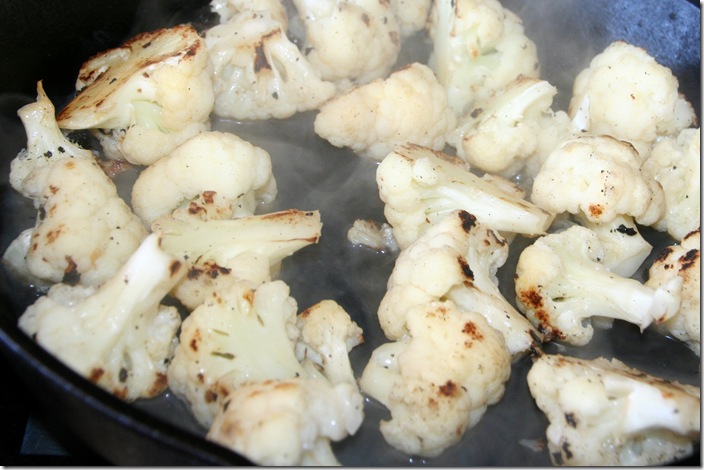 The dish includes sweet, caramelized onions and garlic, seared sweet peppers and seared and steamed cauliflower.  What really added an additional, phenomenal flavor, was that I used some chicken fat from my Cheaters Chicken soup as the oil/fat for the dish.  While I could have used any cooking oil, butter or even bacon grease, I just adore the flavor that the seasoned chicken fat added to the dish. 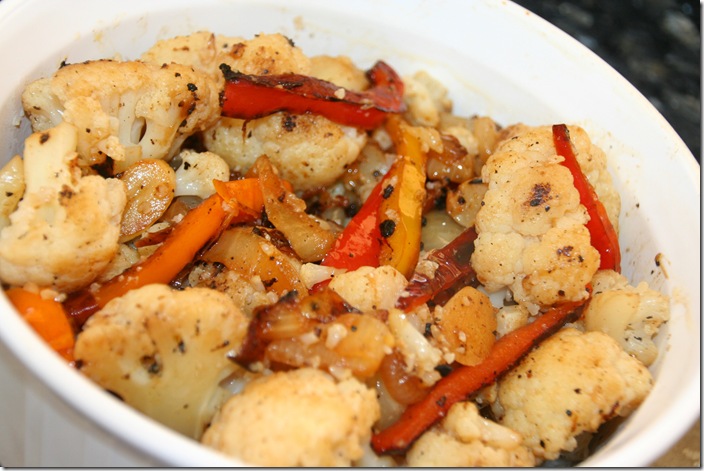 Heat a thin layer of fat or oil in a large cast iron skillet over medium-low heat.  Very slowly sauté the onion until it begins to caramelize.  Add the garlic and continue cooking until the onion and garlic is nicely caramelized.  Remove the onion & garlic from the pan, set aside, return the pan to the cook top and turn the heat to high.  Once the pan is really hot add the peppers and sear quickly so that they retain some of their crunch.  Remove the peppers to the dish with the onions & garlic and then add the cauliflower to the hot pan.  Allow the cauliflower to sear a little, stirring when necessary.  When the cauliflower has some toasted bits, add a cup of water to the pan and cover immediately.  Reduce the temperature to medium and allow the cauliflower to steam cook until tender but not mushy.  If there is any water left in the pan once the cauliflower is tender, just pour it off.  Add the cooked onions & peppers back into the pan with the cooked cauliflower and toss gently to mix.  Add salt & pepper to taste.