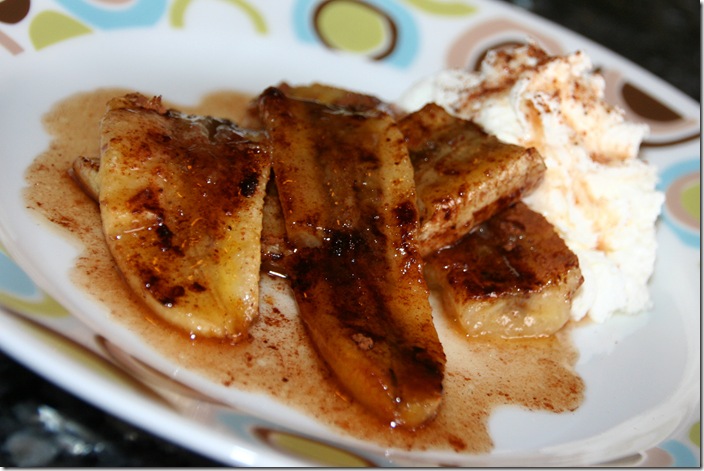 It is now month 16 of the Improv Cooking Challenge and this month our hostess Kristen of Frugal Antics of a Harried Homemaker has challenged the participating bloggers to make any recipe of their choosing using the two given ingredients of bananas & nutmeg.  Unlike last month where I just was uninspired, but still managed to make a wonderful White Chocolate Marshmallow Cranberry Cashew Bark, this month there were so many delicious things I wanted to make.  I’m talking about cakes, cookies, pancakes, muffins, fritters, ice cream and smoothies, so many wonderful things to be made with bananas and nutmeg.  But here it is, a new year, and after all our indulging over Thanksgiving, during our trip to Savannah, during our two weeks in Aruba, over Christmas, New Years Eve and then visiting with friends and our week at Disney…well I needed something delicious but very healthy.  With that in mind, may I present, Baked Bananas.  I saw this recipe on Epicurious and knew that I had found a winner.

And a winner it is, just minutes to make, all the ingredients are staples in my home and delicious…well just insanely!!  I have made these Baked Bananas a few times already, once as a dessert with a little bit of whipped cream sprinkled with nutmeg and a few times I’ve put them over plain oatmeal, a delicious breakfast.  One night I served these Baked Bananas as a sweet little side dish along side some roasted pork (amazing combination) and I even just baked up a half recipe one night when I was craving something sweet.  I’d bet that these bananas would be fabu over some vanilla ice cream…one day I will give that a try.  I suggest that you give this recipe a try as you’ll be amazed at how just a few ingredients and a tiny bit of time totally transforms simple bananas into an insanely delicious treat. 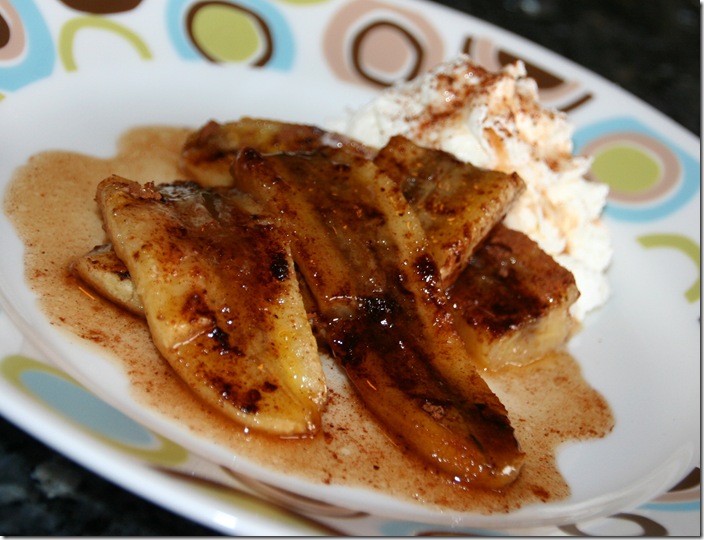