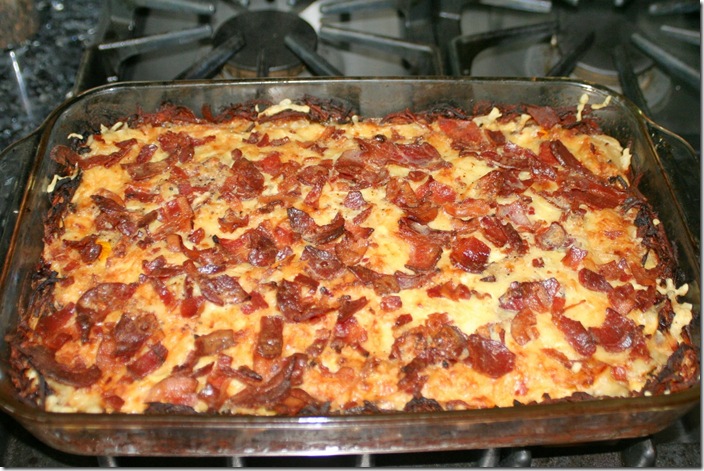 This morning we went over to our friend's Trixie & Roger's home for brunch and I was asked to bring along a quiche so I decided to experiment a little and made up my recipe from what I had and as I went along. From our garden I had a number of yellow squash as well as a good bunch of long beans so I thought that if I roasted them, they would be delicious. I also thought that if I added a head of roasted garlic, it would give the quiche a great flavor too. I'm also not a big fan of pie crusts and as a rule I don't make them and I didn't have any frozen ones in the house so, to change it up a little I chose to make a potato crust and it was a hit with everyone. I love that quiche is so versatile, so easy to switch up the cheese, veggies and/or meats to suite any taste. This combination was a great success and I would definitely make it again. 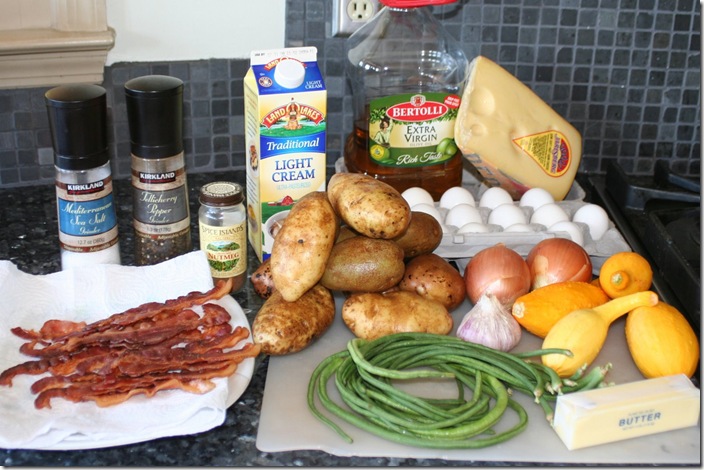 For the filling:
A good handful of long beans, cut into 2-inch pieces
A couple of yellow squash, quartered lengthwise and then cut into finger width pieces.
One medium onion, diced
One head of garlic, cut to expose the cloves
olive oil
2 cups shredded Jarlsberg
12 slices crispy bacon, cut in pieces I use the pre-cooked and just microwave it to crisp it up.
6 large eggs
2 cups light cream
3/4 teaspoon nutmeg
Salt & Pepper to taste 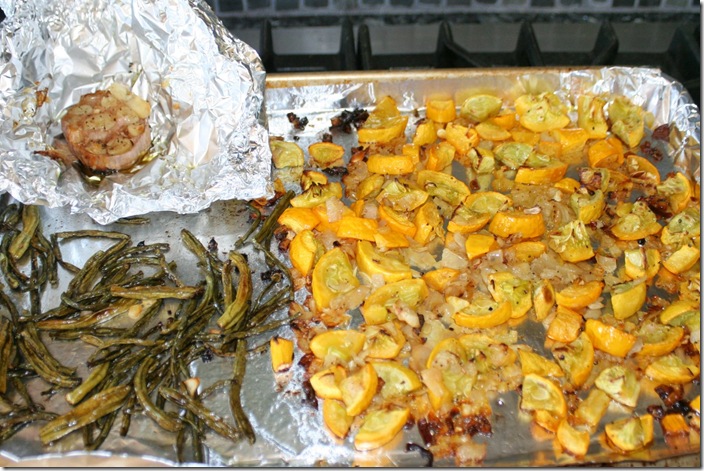 Pre-heat oven to 400F. On a foil lined baking sheet toss beans with a little olive oil, salt and pepper and spread on one side of the baking pan. On the other side of the pan toss together the yellow squash & diced onion also drizzled with a little olive oil and some salt & pepper. On a separate piece of foil put garlic head drizzled with olive oil, season with salt & pepper and seal foil around the garlic. Roast the veggies and garlic for about 25 minutes. I kept the beans and squash separate in case I needed to pull the beans before the squash but in the end they all roasted the same amount of time. Once tender and a little golden, remove from oven, allow garlic to continue roasting another 20-25 minutes or while the crust bakes. 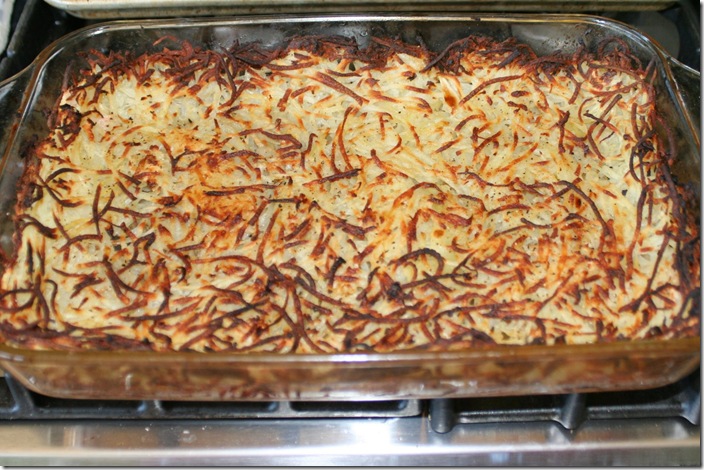 While the veggies are roasting, shred onion and peeled potatoes. Squeeze potatoes and onions dry. In a 9x13-inch baking pan melt 6 Tablespoons of butter in the oven and then swirl pan to grease bottom and sides. Add the dried onions & potatoes to the buttered pan along with some salt & pepper and toss to coat with the butter. Press potato mixture to cover the bottom and up the sides of the pan. Bake at 400F for 25 minutes or until golden. At this point you can pull from the oven and add the filling or you can allow the crust to cool and then chill until ready to make and bake the quiche.

To make the custard, squeeze the roasted garlic bulbs into a bowl and mash. Add one of the eggs to the garlic and whisk together. Add the remaining 5 eggs, cream, nutmeg and season with salt & pepper, whisk together.

Into the cooked potato crust layer first the roasted beans & yellow squash topped with the shredded cheese and then top with the bacon. Pour the custard mix in and then bake for 35 minutes until top is golden and quiche is set.

Let rest for at least 30 minutes or allow to cool to room temp before serving.