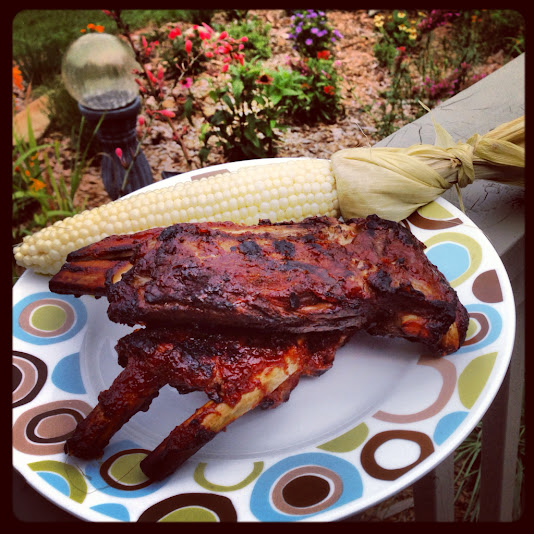 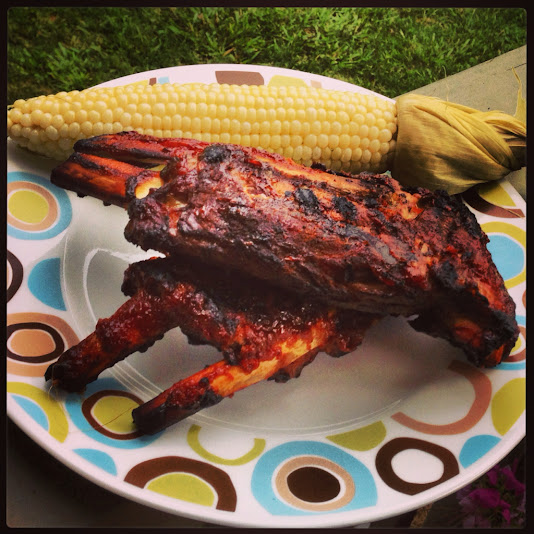 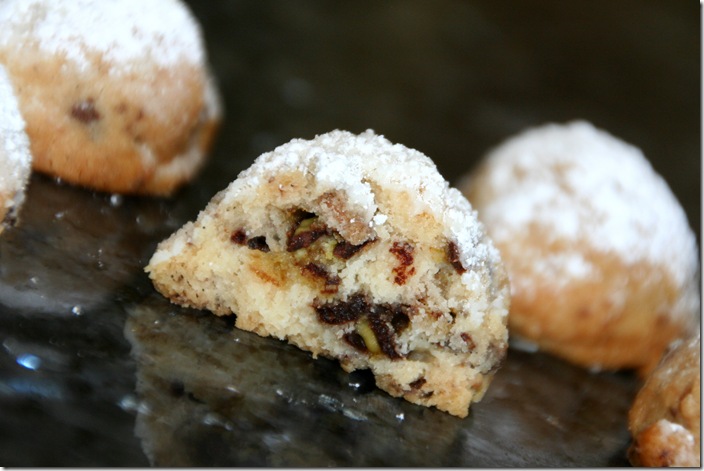 It’s one of my favorite times of the month, it’s Secret Recipe Club time!  This month I was assigned a blog that I have been following F.O.R.E.V.E.R., Katrina’s Baking and the Boys!  Katrina bakes copious amounts of crazy delicious treats for her four boys and husband and everything, and I do mean everything, is delicious looking, drool worthy in fact.  Since Katrina is a baker, I just had to bake and let me tell you, choosing a recipe was beyond difficult because…like I said, everything is drool worthy so I wanted it all.  When I saw her recipes for Andes Peppermint Crunch Shortbread Cookies and Peppermint Snowball Cookies, I knew I had found my recipe.  Katrina made two different, but similar, cookies, both using a shortbread cookie recipe, like a Mexican wedding cookie.  I adore Mexican wedding cookies as they’re so buttery, tender and delicious and I also love mint so I knew this would be a winner.  In both of Katrina’s versions she stirred in Andes Peppermint Crunch Chips but it was how she finished the cookies that differed.  One version she topped the cookie with some of the melted peppermint candy and in the second “snowball” version. she rolled the cookies in powdered sugar.  Katrina stated that she liked the snowball cookies a little more but preferred the stronger mint flavor of the drizzle.  She suggested for a more minty flavor in the snowball cookies, to up the amount of chips so I listened to her and did just that.  Though I actually had both versions of Andes Baking Chips in the house, I chose to use the dark chocolate Andes Crème De Menthe Baking Chips in my cookies.  Also, because I was upping the amount of chips in the cookies, thus upping the sweetness, I changed Katrina’s cookie base somewhat, completely eliminating the sugar.

The cookies were flakey, buttery, chocolate, minty two bite deliciousness and for us, leaving out the sugar in the cookie base made for a perfect amount of sweetness and balance.  Check out Katrina’s versions or make mine, all three versions make a perfect holiday or anytime cookie. 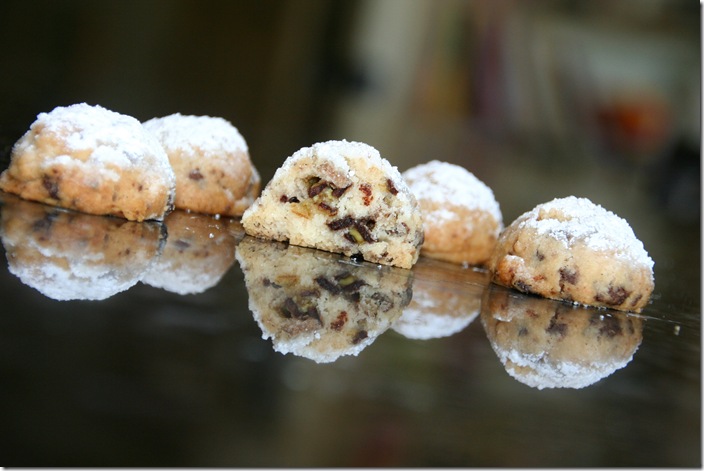 Using a stand mixer cream together the butter, vanilla & salt until fluffy.  Blend in the flour until fully incorporated.  Stir in the Andes baking chips.  Using a small cookie scoop portion out the cookie batter (you can also roll the batter into walnut sized balls) and place onto a Silpat or parchment paper lined baking sheets, placing cookies 1-inch apart.   Bake for 12-15 minutes.  Allow the cookies to cool for a couple of minutes and then remove to a wire rack, placing the cookies close together.  While the cookies are still warm, dust with confectioners sugar.