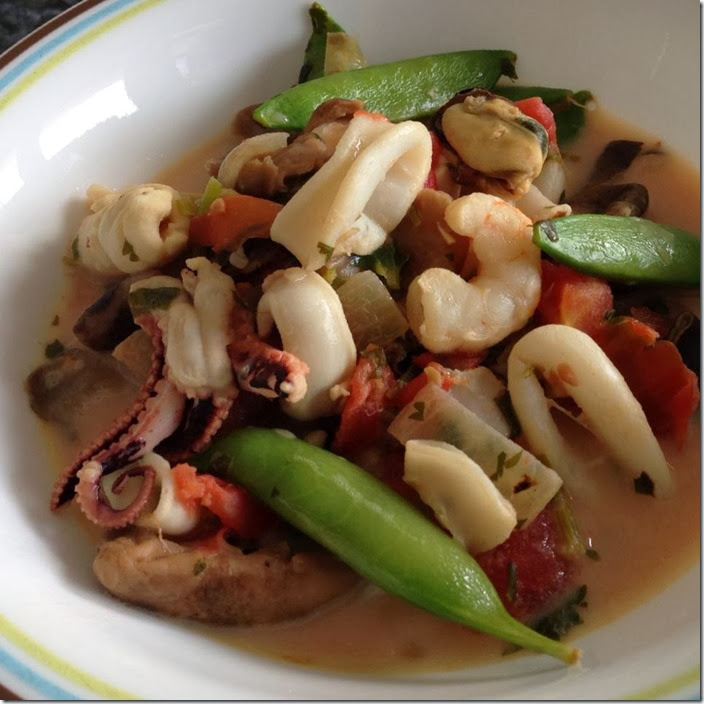 After a very.long.break, it’s once again, finally, Secret Recipe Club posting time!  It feels like forever since we were last here, between people being sick, Thanksgiving, more sickness, being with family, more sickness, the holidays, snow storms, more sickness, day-to-day life and each SRC group taking a little break…well, it’s been a long time since my last post so it’s good to be back.

For my inaugural assignment of 2014 I was given Elizabeth’s blog, Food Ramblings.  Elizabeth’s blog is filled with wonderful healthy or healthier-than-the-original recipes, so perfect for the way we’ve been eating here in the Cook Lisa Cook home and an ideal way to begin a new year.  As soon as I received my assignment I searched through Elizabeth’s blog, reading dozens and dozens of tempting recipes and I narrowed my list down to four; garlic roasted green beans with pecans, chicken coconut curry soup, basil polenta with roasted spinach and tomatoes, which I was going to modify and do with cauli-rice in place of the polenta and, of course the chosen recipe of garlic seafood in coconut milk. 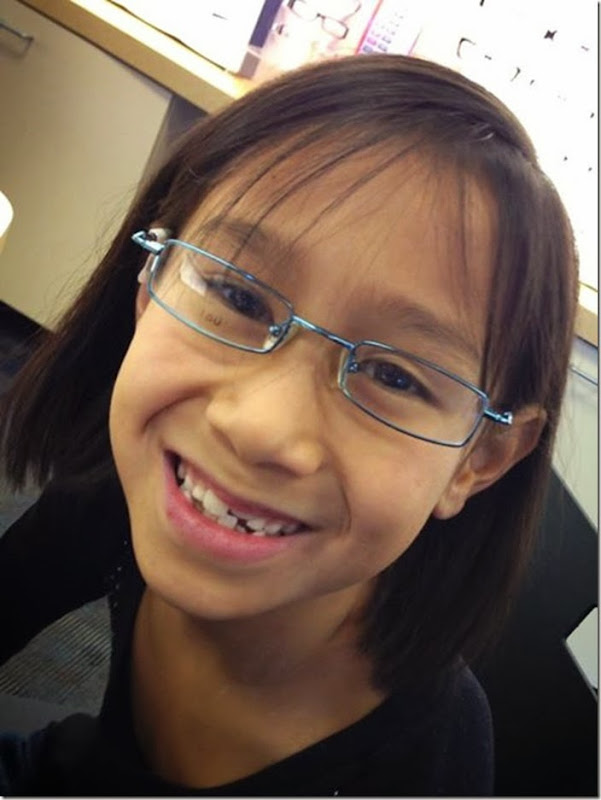 Now before I continue with the recipe, let me tell you a little small world story.  Many times our (fabulous, talented, kind, beautiful, smart, A-Maisie-ing, yes we’re bragging, proud parents) daughter Maisie, has appeared on this blog and many of our regular readers also read her blog, Moments with Maisie and know that just over seven years ago we adopted Maisie from China.  Through the years we have met, both in real life and online, many friends through the China adoption community and that’s where the choosing of this recipe comes into play. 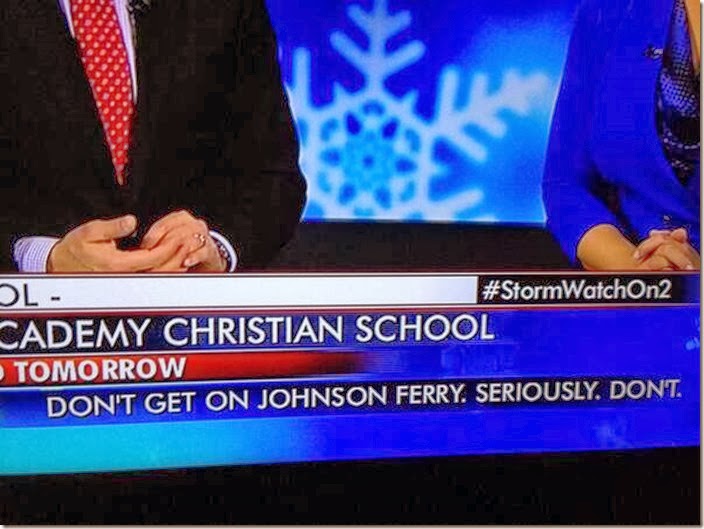 You may have seen the news this past Tuesday about Atlanta being brought to a stand-still because of two inches of snow fall.  Well it wasn’t the snow amounts that caused all the problems but rather the almost instant icing that turned all the roads into a skating rink along with schools, business and government all being closed at the exact same time, but I digress…  One of our local friends, Roger, whom we originally met through the China adoption community, got stuck in all the traffic, gridlock and accidents, with most of his time being spent on Johnson Ferry Rd, the main road we live off of.  At close to 11PM, after 9+ hours and 8 miles remaining to travel to his home and family, he landed safely at our home.  After a hot dinner and a beer for him, we all thankfully slept safe and warm.  By late Wednesday afternoon he was able to safely make the trek home even though it did involve dodging wrecks & abandoned cars, detours because of road closures and avoiding re-freezing roads and black ice.  Roger was still at our home for lunch and on an icy cold day nothing is better than a steaming bowl of soup.  After checking the pantry and realizing that I had the fixings for both of Elizabeth’s soups I let Roger pick which he’d enjoy and he was the one who chose.  Now this is where the story gets a bit small-world-ish.  Elizabeth posted her garlic seafood in coconut milk recipe as a guest writer on another blog called Diana Rambles.  Now I have “known” Diana through the China adoption community for over eight years.  So how small world is that, my cooking community through Elizabeth’s Food Rambles writes a guest post on Diana’s Diana Rambles, whom I know through the China adoption community and our stranded snowmageddon house guest, whom we also know through the China adoption community happens to pick that recipe.

Okay, enough of my ramblings…  Roger made a wonderful choice and after he returned home I heard from his wife just how much he enjoyed the soup, but oddly nothing about how much he enjoyed sleeping in Maisie’s princess palace  ;)  I think that this soup will not only be made again in our home, but become a regular in his home too.  We did made a few small changes to Elizabeth’s original recipe as we left out the rice, my blend of seafood was slightly different, I substituted lime juice for the lemon juice and fish sauce for her salt and instead of mixed frozen veggies I used what I had, sugar snap peas and then added some straw mushrooms just because I had them and knew they would work well.  I know that it sounds like a lot of substitutions but it was acid for acid, salt for salt, veg for veg and fish for fish and just goes to show, in recipes like this, you can still have the same base dish working with what you have on hand.  Check out Elizabeth’s original recipe or make our version, either one will prove to be a delicious choice. 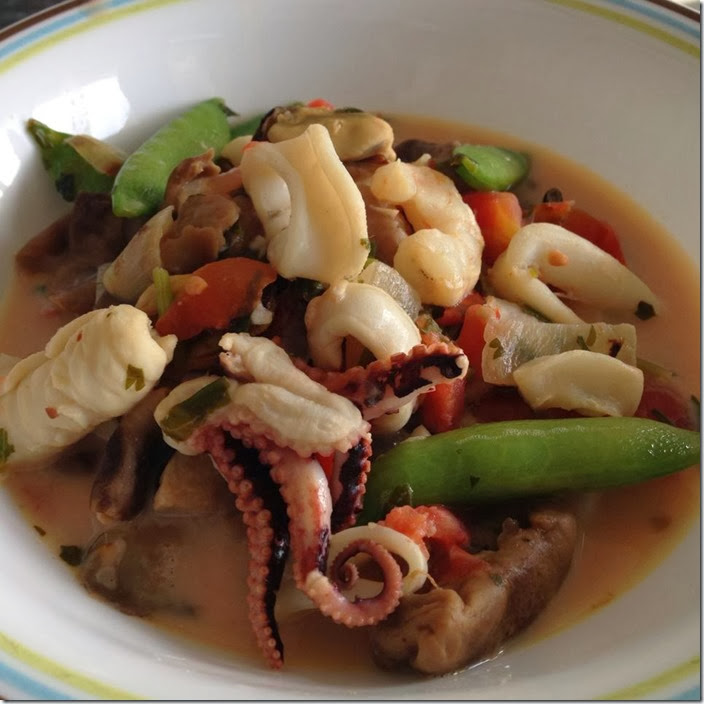 In a large pot, heat oil on medium. Add the onion and cook slowly until they starts to turn golden.  Add the garlic and cook until fragrant and softened. Add the cilantro and red pepper flakes and cook for another couple minutes.

Add the diced tomatoes and coconut milk. Stir to combine and then cover and simmer for 10 minutes. Add sugar snap peas & mushrooms and simmer until the snap peas are tender.  Bring to a boil and then add the seafood.  Cover and remove from the heat immediately.  Allow the seafood to poach for about 10 minutes until cooked through.  Stir in the lime juice and fish sauce to taste.