I think I may be becoming a cooking club junkie.

Three months ago I joined The Secret Recipe Club and because of that group I discovered some new blogs and from them I have made and posted some wonderful new recipes, Home Style Chicken Curry in June, July brought Holy Guacamole and in August I posted Cilantro Lime Chicken.  (This coming Monday is reveal day and though I can’t give away any of my secrets as to which blog I was assigned and what I made, I’ll tell you that it’s good so be sure to come back for another wonderful Secret Recipe Club recipe.)  When I started with the Secret Recipe Club I figured that the commitment of once a month “assigned” cooking and posting would be just about right for me and really all the commitment that I could handle…but then I found that I wanted more.  So next I joined Cook Around the Globe and for its inaugural month with the theme being “Bermuda & the Caribbean,” I posted my recipe for Jamaican Jerk Meat Pies.  I’ll tell you, I’ve really enjoyed and have had so much fun checking out some new and great food blogs and finding new recipes that when I was invited by Tina to join her Crazy Cooking Challenge, a new but somewhat different cooking group, well I jumped on yet another bandwagon.

The Crazy Cooking Challenge is where a group of bloggers all get together in “Blog World” to feature, on the same day and time, one food item each month.  The food item is assigned (this month it’s Mac & Cheese) and point of the challenge is for each participant to go out into "Blog World" and pick a recipe from any non-celebrity food blog which matches the assignment.  So this month all the participants will be making Mac & Cheese but since we all searched out which Mac & Cheese recipe we wanted to make, there’s going to be a huge array of recipes and blogs being featured.  It will be fun to see all the similarities and differences and also to vote on the “Ultimate” recipe each month. 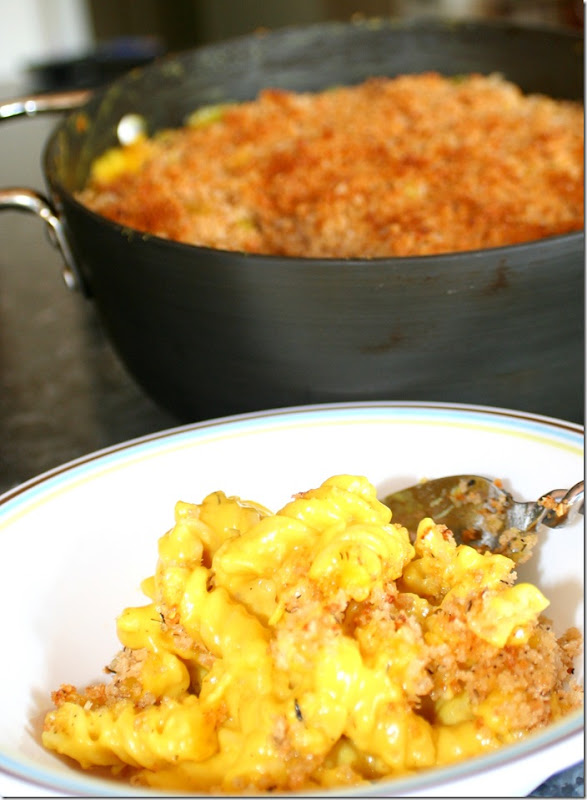 I had fun searching out recipes and found dozens of Mac & Cheese recipes that “spoke” to me.  Most had fun and/or different ingredients, often with an interesting mix of spices but when thinking about who would like and eat what, I realized I don’t really eat much pasta and Eammon isn’t a cheese lover but Maisie, well she’s the big Mac & Cheese eater in our home.  So I went on a search again looking for that one perfect Mac & Cheese recipe that would especially appeal to my sweetie girl Maisie but also allow me to enjoy a bit of it too.

When I stumbled upon Jane’s blog, The Heritage Cook and her Aunt Jane’s Velvety Mac and Cheese Casserole, well I knew that I had found my recipe.  There was nothing in the recipe that Maisie wouldn’t enjoy and I thought that the blend of cheeses sounded interesting.  Jane wrote about using a combination of cheeses to get both an intense cheesy flavor as well as a creaminess, a combination that so many Mac & Cheese preparations lack. She also gave some great preparation tips.  For example, when you’re making the Bechamel you need to get it as thick as you want before adding the cheese because if you attempt to thicken it after adding the cheese the sauce will break and your Mac & Cheese will be grainy. 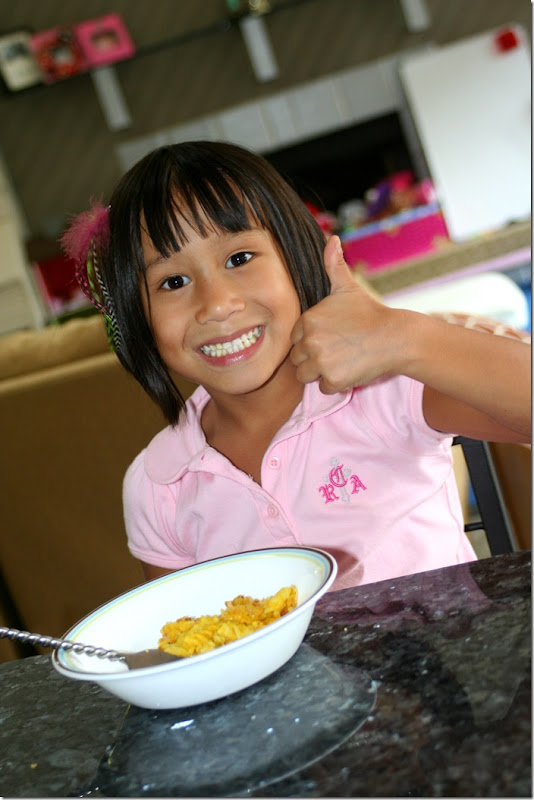 Jane’s recipe was a huge hit with Maisie as she wanted it for meal-after-meal-after-meal, which isn’t something that she generally cares to do.  As promised the recipe produced a very creamy, cheesy, delicious and comforting bowl of Mac & Cheese, one that not only Maisie loved but that I really enjoyed too.  Besides the mix of cheeses, one thing that was different from the Baked Macaroni & Cheese which I generally make was the topping.  Both Maisie and I loved the crunchy, buttery & garlicky topping which managed to make its way onto every bite.  This recipe was a winner and I know that my little Mac & Cheese lover will be requesting it time and time again. 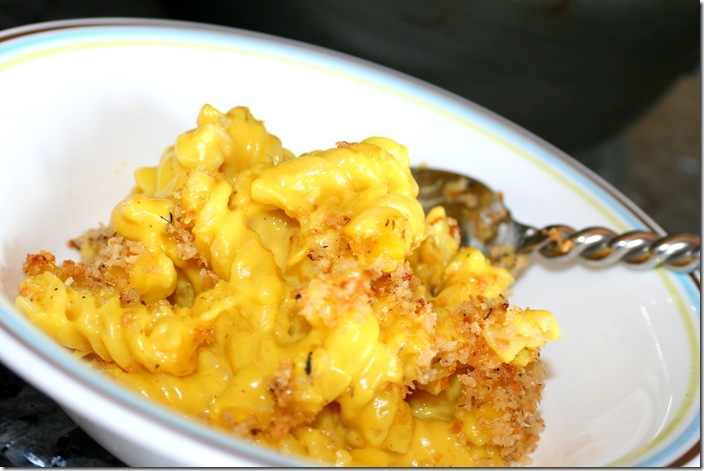 Prepare Topping: In a small skillet, melt butter and using a fork, stir in remaining topping ingredients. Set aside.

Cook pasta: In a large stockpot, bring water to a boil, stir in salt and chicken base, return to a boil, and stir in pasta. Cook to just under al dente or according to package directions. Pasta should still be a little underdone – it will finish cooking in the oven. Reserve 1-2 cups of pasta cooking water. Drain cooked pasta in a colander and then pour into a large mixing bowl.

While the pasta is boiling, heat the condensed milk & half and half in a saucepan over medium heat, with bay leaves, grated onion, nutmeg and mustard, until steaming hot but not boiling. Remove from heat and set aside to steep. Alternately, you can place milk in a heatproof container, such as a Pyrex measuring cup, and heat in the microwave.

Make the Sauce: In a large skillet combine butter and flour and cook over medium-high heat, whisking continuously until smooth and there are no lumps and until the raw smell of flour is gone, 1 to 3 minutes. Remove the bay leaves from the milk and discard, then pour the milk slowly into roux, whisking constantly, making sure there are no lumps. If you prefer an even smoother sauce, strain out the onion solids from milk before adding. Continue to cook, whisking, until thick and bubbly, 3 to 5 minutes. Whisk in turmeric, salt, and pepper. Taste and adjust seasonings.

Remove from heat and add cheeses. Stir until everything is melted and sauce is smooth. Pour over pasta in mixing bowl, tossing until thoroughly coated. If sauce is too thick, add a little of the pasta cooking water to thin it.

Bake casserole: Pour into prepared baking dish, sprinkle top with breadcrumb mixture and bake in preheated oven for 15 minutes or until heated through and top is browned and crispy. You can put the pan under a broiler for a few minutes if needed. Serve hot.

This Mac & Cheese was very thick and creamy and after being in the refrigerator it thickened up even more.  When reheating, place a portion in a microwave bowl and add a bit of milk.  Heat through and stir in the milk to make everything creamy, velvety and loosened up again.