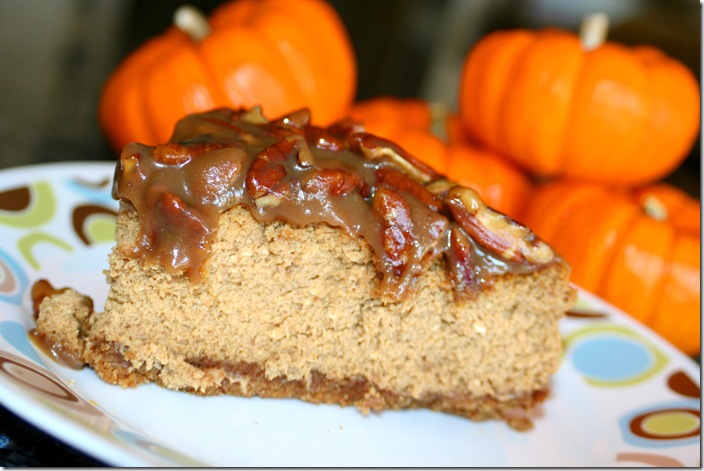 Here we are already, the second month of the Improv Cooking Challenge which is now being hosted by Kristen of Frugal Antics of a Harried Homemaker.  How this challenge works is, each month two ingredients are assigned and you can make any recipe of your choice as long as it includes those two ingredients.  Last month, for the inaugural challenge all the participants made recipes using caramel and apple and I have to say, the Caramel Stuffed Apple Cider Cookies that I made were over the top wonderful.  I loved seeing all the other wonderful caramel and apple recipes, eighty-two to be exact, that the other participants submitted and if you’re interested in seeing them all, just click over to my Caramel Stuffed Apple Cider Cookies post and scroll to the bottom to see all the submissions.

This month we were challenged to make a recipe which included cream cheese and pumpkin and to this end I decided on a Praline Pumpkin Cheesecake.  I decided that I would use a basic cheesecake recipe that I have been using for decades and that I would change it up a bit and get that pumpkin pie flavor in there.  Next I chose to not only top it with praline but to also carry those flavors through by only using brown sugar throughout the cake and also by adding pecans to the crust.  In the end I managed to make one of the best cheesecakes I have ever made.  The flavor of the brown sugar with the pumpkin, the spices, the toasted nuts, well they melded perfectly and this recipe is going to be made again and again.  I hope that you’ll give this cheesecake a try as it’s beyond delicious and a perfect dessert to grace your holiday table. 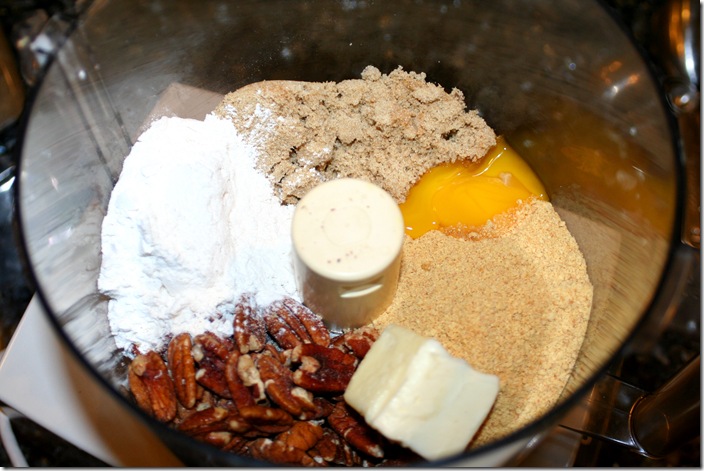 The crust came together quickly as all the ingredients went into the food processor. 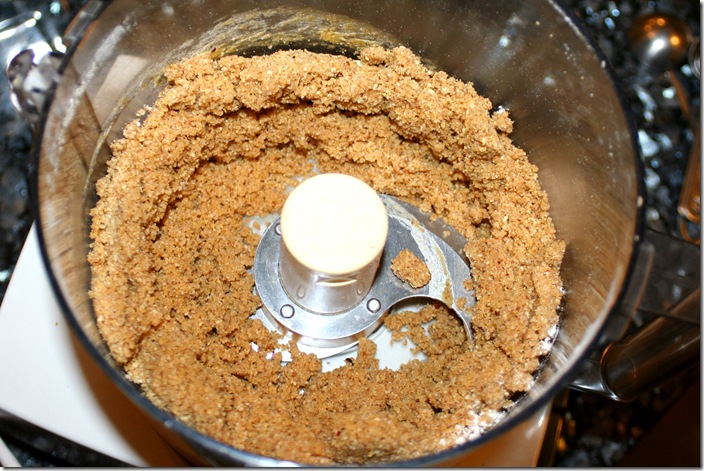 A couple spins of the blade and the crust was ready to bake. 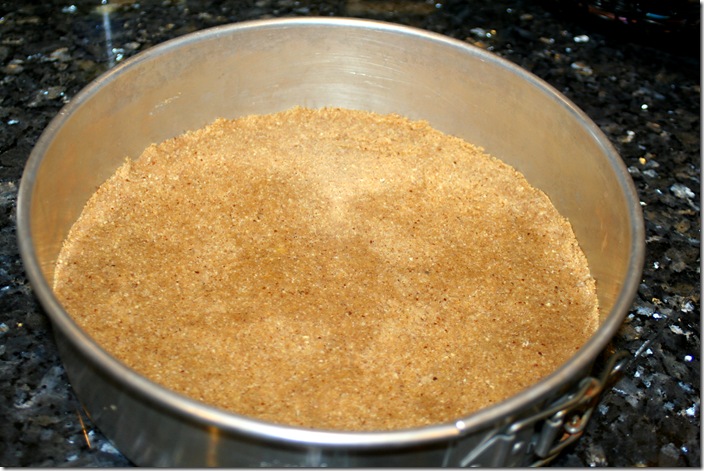 Press the crust ingredients into the bottom of a 10-by-3 inch springform pan and bake for 10 minutes. 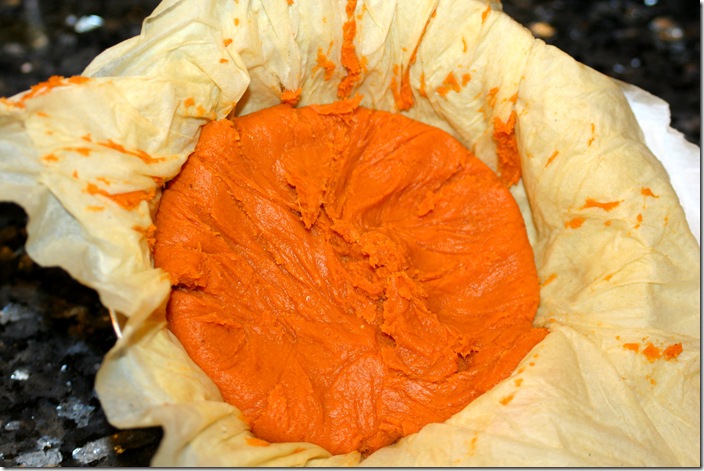 While the crust bakes and cools, drain the pumpkin squeezing out as much liquid as possible. 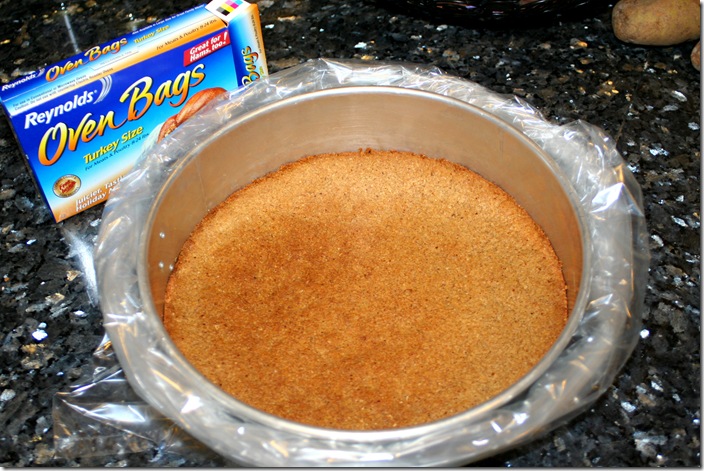 Once the crust is baked and cooled place the pan in an oven bag and roll down the edges.  I find that the oven bags are easier and work much better than layers of foil for keeping the water out of the pan. 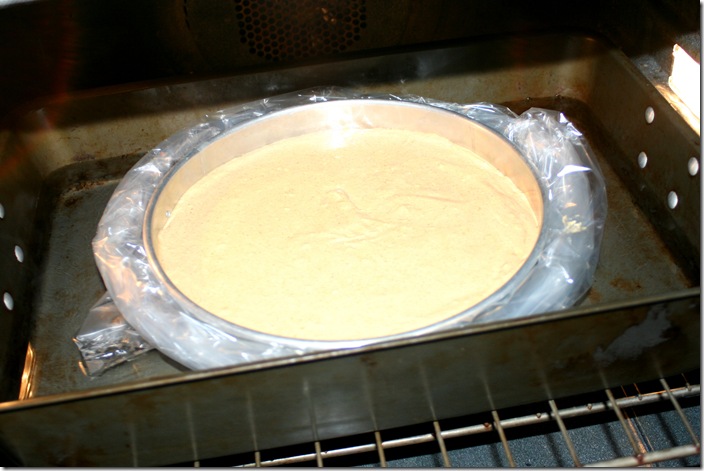 Pour the filling over the crust and then put the pan into a large roasting pan and fill the roasting pan with hot water so that it comes half way up the springform pan. 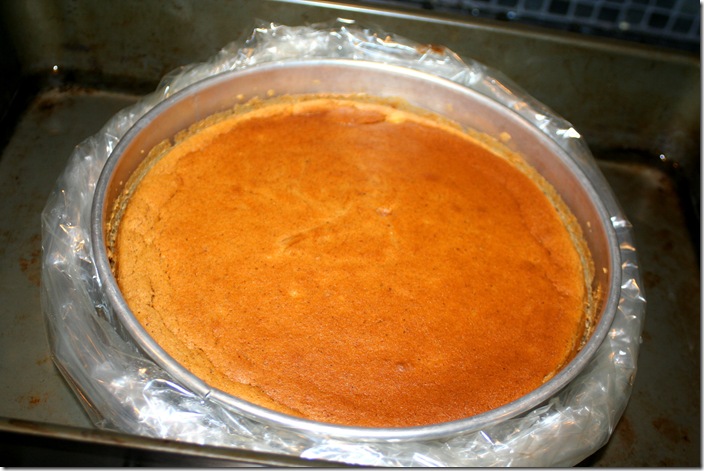 Cheesecake, crack free since it was cooked in a water bath. 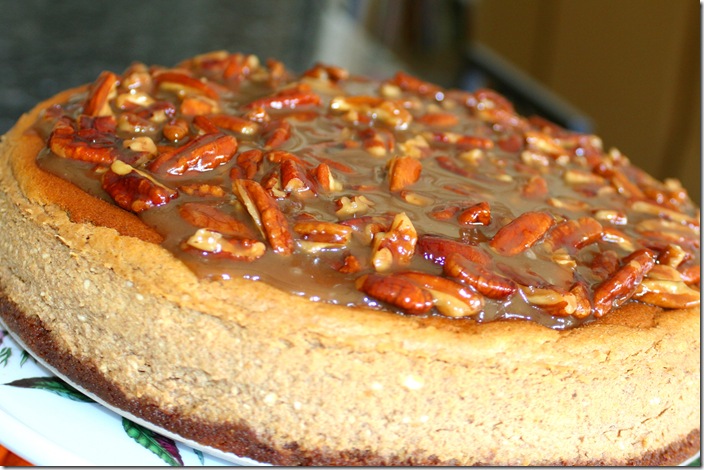 Once the cheesecake is cooled completely top with the praline topping and chill to allow the topping to set. 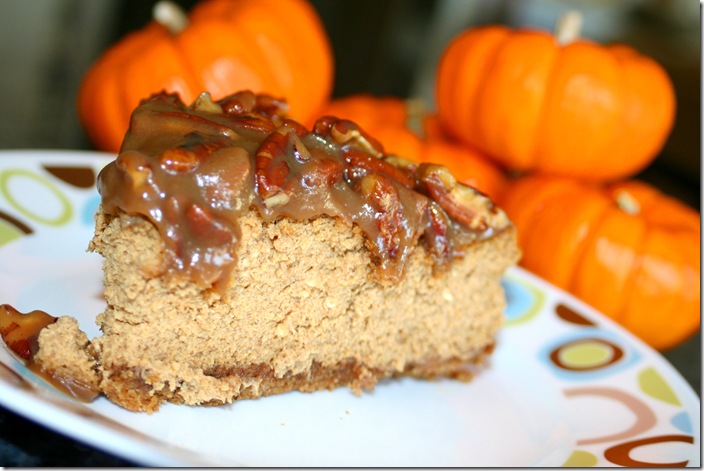 To make the crust:  In a food processor pulse the pecans, brown sugar, graham cracker crumbs, flour, butter and egg yolk until fully mixed. Press into the bottom of 10-by-3 inch springform pan and bake for 10 minutes. Remove from oven and let cool completely.  Once the crust is cooled completely, put the pan into a large oven bag and roll down the edges so that they are the same height as the pan.

Once the crust has baked, reduce the oven temperature to 325°F.  Bring a kettle of water to a boil.

To make the filling:  Drain the pumpkin purée by placing it on several layers of paper towels. Cover with additional layers of paper towels and use your hands to gently squeeze out as much liquid as you can from the purée.  In the bowl of a stand mixer beat the cream cheese until smooth.  Scrape down the bowl and add the pumpkin purée and mix until well blended.  Add the egg, sour cream, brown sugar, cinnamon, ginger, allspice, cloves and nutmeg and blend until everything is well incorporated.

Pour the filling into the cooled crust and then transfer the oven bag lined pan to a large roasting pan and place in the preheated 325°F oven.  Pour the boiling water into the roasting pan so that it comes about halfway up the side of the springform pan.  Bake the cheesecake for 60 minutes and then turn oven off and leave the cheesecake in the oven for 30 minutes longer.  Lift the cheesecake from inside the oven bag and keeping the cake in the springform pan, place on a cooling rack and allow to cool completely.

To make the praline topping: Preheat the oven to 350 degrees. Arrange the pecans, single layer on a baking sheet and toast for 7 to 9 minutes, until golden and aromatic. Coarsely chop the nuts. Stir together the brown sugar, cream and butter in a saucepan over medium heat. Boil the mixture for about 1 1/2 minutes making sure it does not boil over. Do not stir. Remove the pan from the heat and stir in the vanilla, salt, and pecans. Cool the praline about 30 minutes so that it thickens up some before pouring over the top of the chilled cheesecake. Pour over the cheesecake and then chill a few hours or overnight allowing the praline to harden a bit.  When ready to serve, if necessary, run a sharp knife around the inside of the springform pan before opening the clasp and removing the ring.