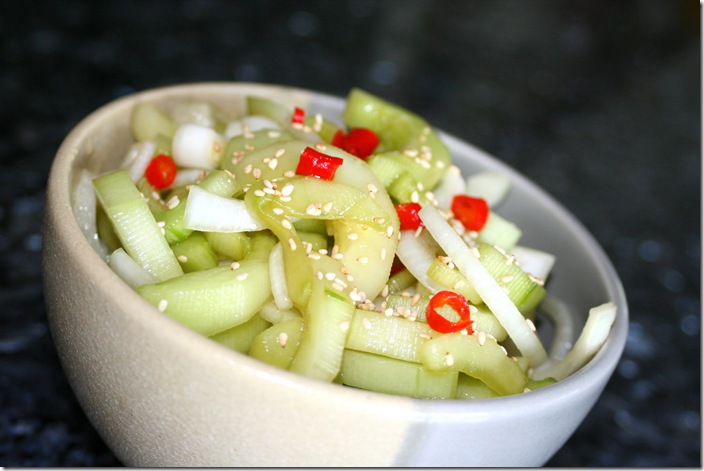 Just like last summer our garden is producing cucumbers at an amazing pace so I’m always interested in new ways to prepare them.  When I saw a recipe on Cooking with K for a Spicy Asian Cucumbers Salad I knew that it would be a good one for us.  Eammon and I both really enjoyed this preparation, so-much-so that the very first night we ate the entire recipe and I immediately made a second batch.  I used red Thai chili peppers and they gave the salad quite a kick which we both loved but if you’re not into spicy as much, cut down, cut out or use a pepper which isn’t quite as hot. 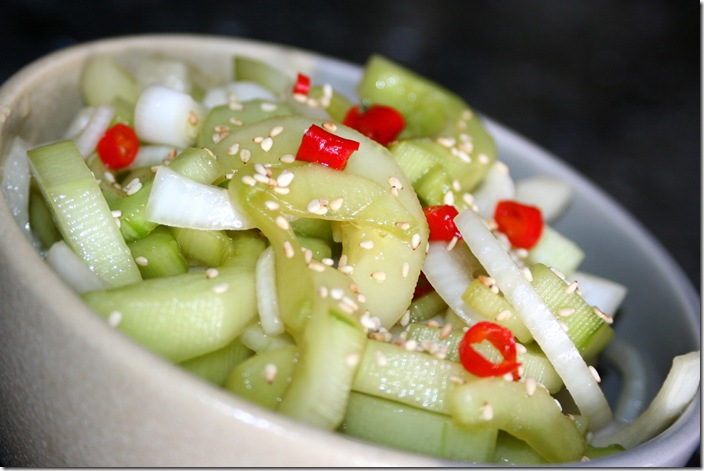