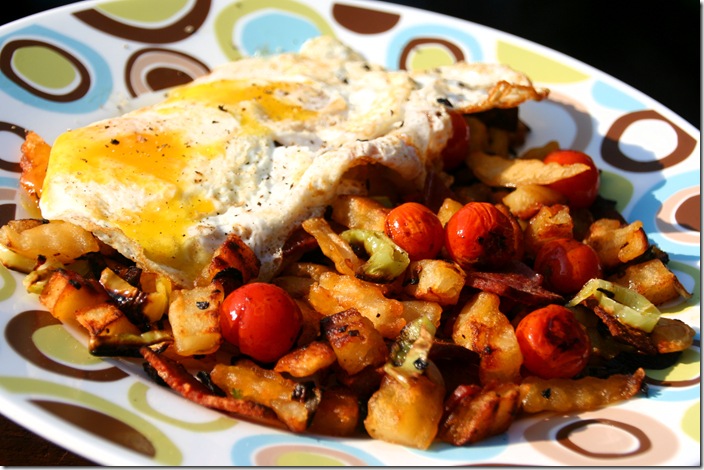 Last December when we were in Aruba with my parents, my Mom was trying to use up all the food we had in the kitchen before heading back to the states.  In the freezer was a bag of French fries which most likely would have gone uneaten had she not diced them up and fried them up with some onions & garlic, making boring old fries into a wonderful little side dish.  Well they were really good and I remember that dish each time I have leftover fries so that’s how this recipe was born. 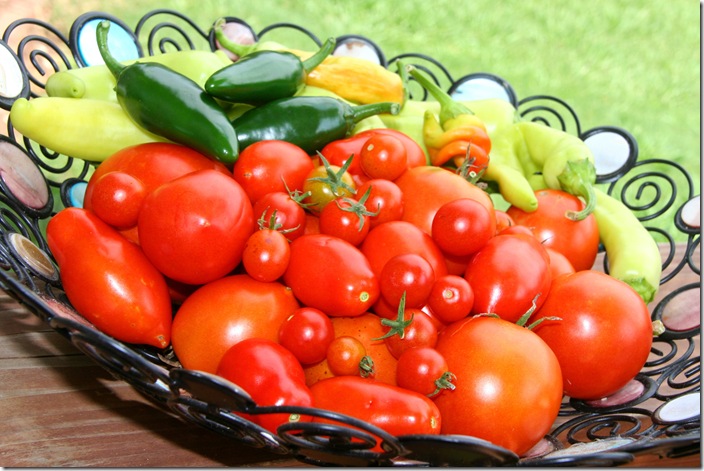 This month for the Improv Cooking Challenge our hostess Kristen of Frugal Antics of a Harried Homemaker asked the participating bloggers to make any recipe of their choosing using the two given ingredients of tomatoes & peppers.  What perfect ingredients as I have a bounty of both tomatoes and peppers coming daily from my garden.  I love being able to walk outside, pick fresh veggies and eat or use them in a recipe within minutes, so perfectly fresh. Where last month I struggled with what to make for the challenge, this month I knew immediately as this recipe is something that I make for Eammon’s breakfast quite often and I pair it with some perfectly cooked over-easy eggs.  It’s a great way to use up leftover French fries and also get a little bit of veg into him.  The other nice thing about these hash browns is that I use what I have on hand and no matter what variation I make, he always enjoys it.  Next time you have leftover French Fries I hope that you’ll give this recipe a try. 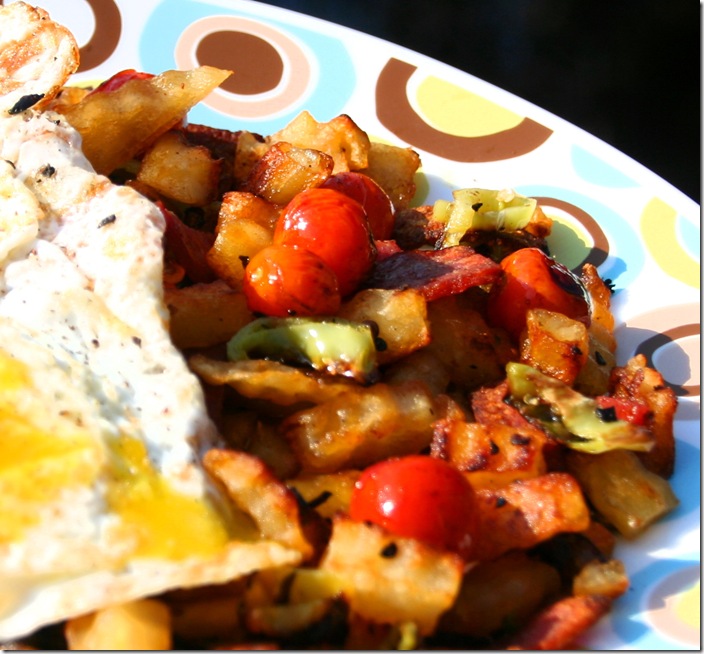 Heat a large cast iron skillet or frying pan over high heat and add enough olive oil to lightly coat the bottom of the pan.  Add the onions, banana peppers, jalapeno, French fries and salami and cook, stirring often until everything starts to lightly caramelize an then add the tomatoes.  Cook until the tomatoes start to pop and caramelize. Add salt & pepper to taste.  Serve with a gorgeous fried egg.