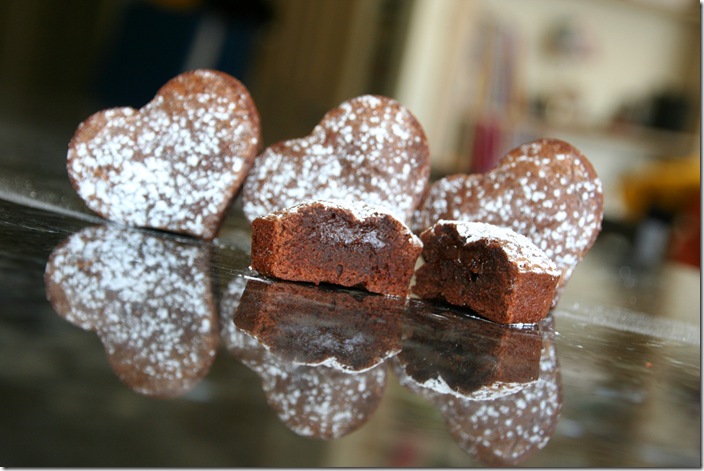 I almost missed this month of the Improv Cooking Challenge but thankfully I scheduled a reminder on my calendar which pinged me the other day and got me on track. I’m telling you, Maisie’s schedule is keeping me busy and I’ve barely had time to cook let alone sit down at the computer to do any blogging.  I think I need to better organize my life but that’s a project and story for another day.  Enough whinging and back to the challenge.  This month our hostess Kristen of Frugal Antics of a Harried Homemaker has challenged the participating bloggers to make any recipe of their choosing using the two specified ingredients of the month.  This month, being the month of love with Valentine’s Day and all, Kristen did a little pun and had our challenge ingredients as Hearts and Flours.  We didn’t have to use hearts, we could make anything as long as it was
either heart shaped or served/photographed in a heart serving dish but it did need to contain at least one flour of some sort.  I actually did think about possibly making some lightly batter-fried chicken hearts, I mean I’ve done it with great success with chicken livers, but instead I opted for something a little less offal (yes I can play the pun game too) and a whole lot sweeter.  So for my Hearts and Flours challenge I present, Three Ingredient Fudgy Nutella Brownie Bites. 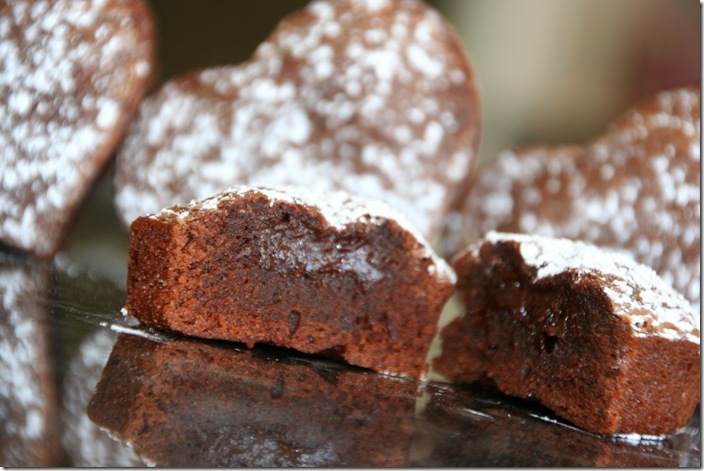 I don’t know where this recipe originated but I’ve seen it all over the internet and it’s absolutely genius.  Being as easy as it is and the fact that it includes the nectar of the Gods Nutella, I’ve been wanting to make these for ages but as I’m always watching my “white” intake (flour and sugar), I just needed the right opportunity to present itself so to have an excuse to make these tasty little treats and thanks to this month’s challenge, the time came.

So, how were they?  Well for only three ingredients (plus salt if desired), less than five minutes of work and ten minutes of cook time…they were amazingly delicious.  Shoot had they taken twice the work, ingredients and cook time I’d still be making these again and again.  I love the simplicity of this recipe and that I always have the required ingredients in my pantry so when the craving strikes I can easily whip up a batch.  One last great thing, the recipe can be halved only making 6 little bites and making them in a muffin tin, they’re portion controlled!!  I easily could have eaten the entire batch but after the one I enjoyed, I left that task to Eammon and he enjoyed each and every one.

If you make these, be sure to not to overcook them because the ooey-gooey slightly undercooked center absolutely makes the brownie bites all that much better. 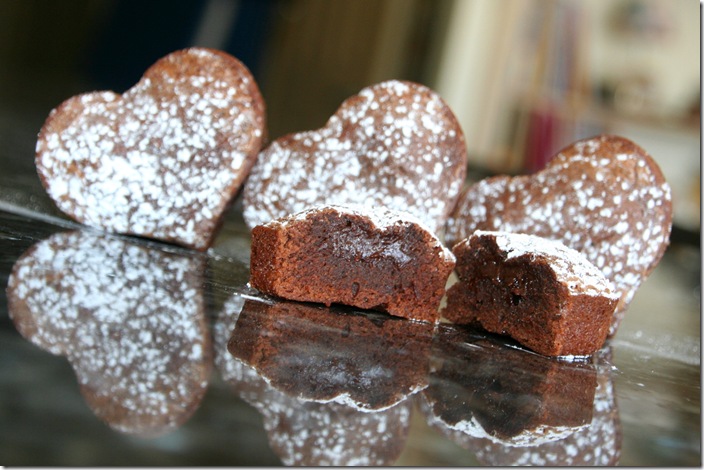 Preheat oven to 350F.  In a microwave safe bowl, heat the Nutella until slightly warm and runny.  Stir in the eggs, flour and salt until fully combined.  Portion the batter between 12 full sized muffin tins lined with cupcake liners or use a silicon cupcake pan sprayed lightly with cooking spray. (I used a heart shaped silicon cupcake pan)  Depending on your oven, bake 10-12 minutes, just until the tops of the Brownie Bites are just cooked.and dry.  Do not over cook as you want the centers to be slightly undercooked and gooey.  Allow the Brownie Bites to cool slightly in the pans, remove to a cooling rack, dust with confectioners sugar and then enjoy warm or at room temperature.