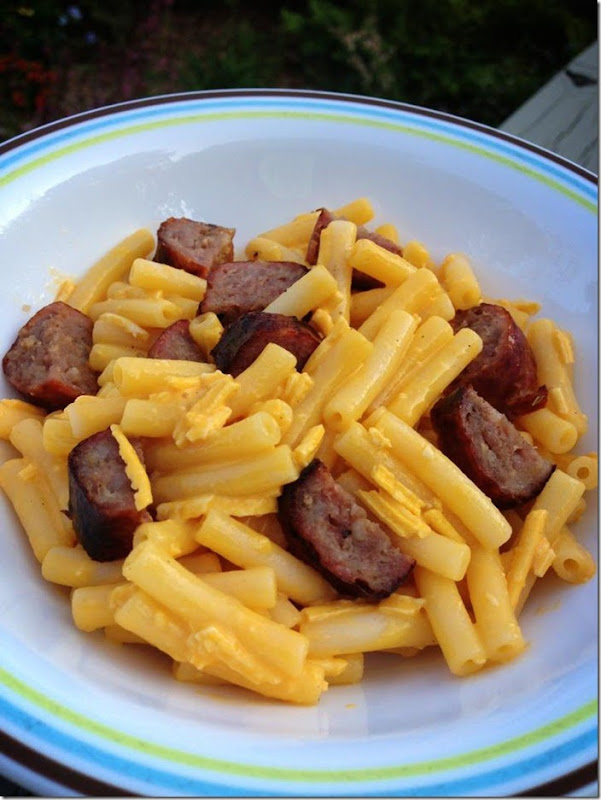 I swear that the weeks are passing faster than I can keep up as here we are again at the third Thursday of the month and it’s Improv Cooking Challenge reveal day.  Years seem to be passing quickly too as this post is also my 24th reveal in this challenge, so two full years and not a month missed…yay me!!

This month for the Improv Cooking Challenge our hostess Kristen of Frugal Antics of a Harried Homemaker challenged the participating bloggers to make any recipe of their choosing using the specified ingredients of pasta & cheese!  Sounds simple enough but this was a tough one for me but shoot I wasn’t going to miss this month and break my posting streak.  The reason that this month was difficult was, I haven’t been eating pasta in any form, nor have I been eating cheese or any of it’s fake versions, Maisie has her allergies and only eats non-wheat pastas and non-dairy cheese and Eammon, well he eats pasta but doesn’t care for cheese at all.  Then I got to thinking about it and before we found out about Maisie’s allergies, one of her favorite foods was good old mac & cheese.  Well right then and there I decided it was time to make an old favorite for my girl in a Maisie “safe” version so that’s exactly how this recipe came about.  I added one of her new favorites to the dish for some added protein, sweet Italian sausage.  This dish was made exclusively for my Maisie and she just adored it, delighted to have an old and new favorite meal all in one bowl. 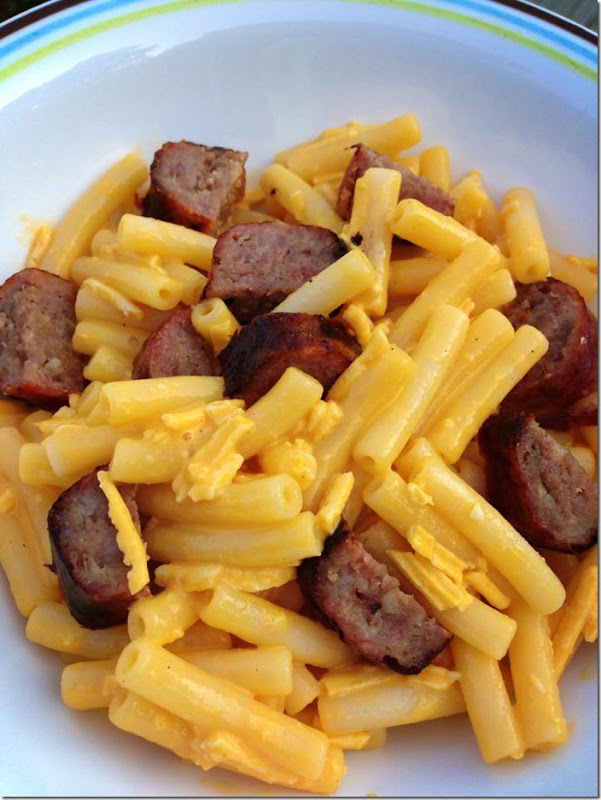 Prepare pasta according to box directions.  Once the pasta is tender, drain.  In the now empty pot melt the margarine and whisk in the flax seed, mustard and garlic powder until you have a thick paste.  Whisk in the almond milk until the sauce is smooth and creamy.  Stir in 1 1/2 cups of the Daiya and stir until completely melted.  This may take a while as Daiya cheese takes a lot longer to melt compared to real cheese.    Stir in the pasta and coat with the sauce.  Stir in the remaining 1/2 cup of Dayia and stir to incorporate. Add salt & fresh ground pepper to taste.  Add sliced grilled sweet Italian sausage and serve.