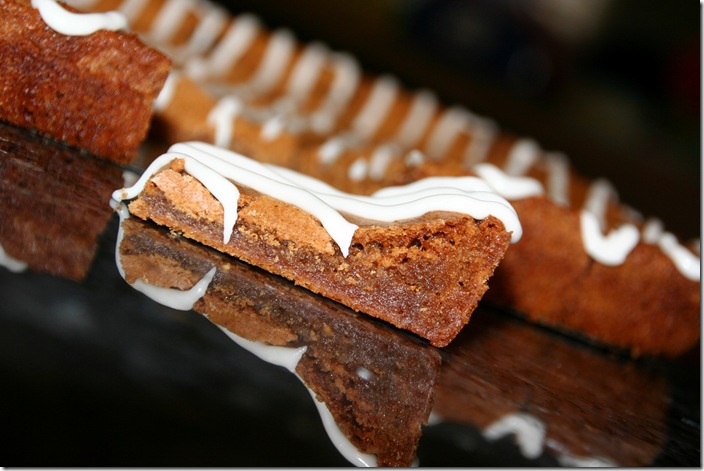 This month for the Improv Cooking Challenge our hostess Kristen of Frugal Antics of a Harried Homemaker challenged the participating bloggers to make any recipe of their choosing using the specified ingredients of cinnamon and sugar!  I wanted to bake something sweet to share with some friends, so what better ingredients than cinnamon and sugar?  I thought about all my favorite cookie and bar recipes but realized that I tend to make the same cookies over and over again and I wanted to try something different.  So what did I do?  I checked out Pinterest of course and happened upon these cinnamon roll cookie bars from Blissful Whimsy. 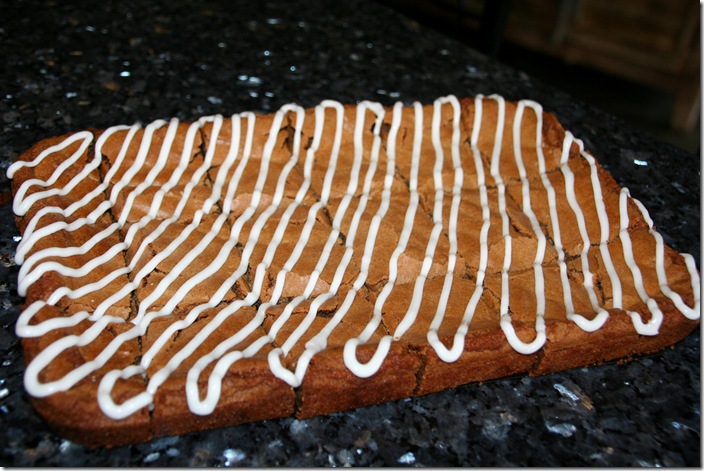 The bars sounded really good but I almost passed on making them because they use a box cake mix.  I don’t know what it is about me but I generally have this thing about using boxed mixes of any kind, thinking everything needs to be made from scratch…but something about these bars just allowed me to look past the whole cake mix thing and I’m so happy about that as these cookie bars are just wonderful.  There’s no trace of that cake mix flavor, in fact these cookie bars taste just like cinnamon buns.  Everyone really loved the crunchy edges and top and the chewy center and the glaze on top was the perfect amount of frosting.  Boxed cake mix and all, I hope that you’ll make these the next time you’re craving a sweet cinnamon treat. 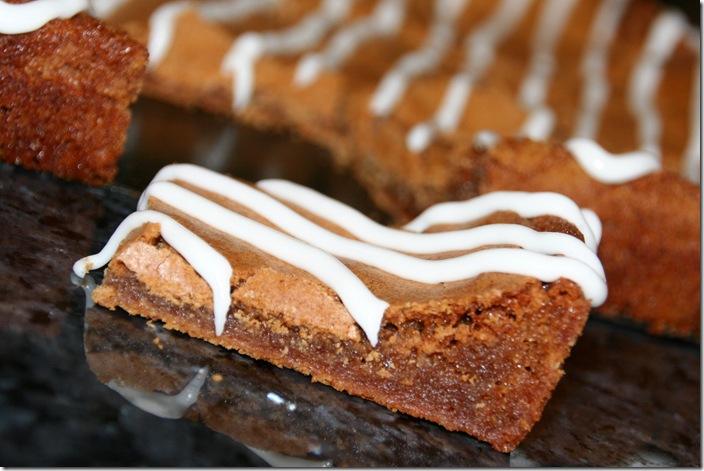 Preheat oven to 350F.  Mix the cake mix, butter, eggs, brown sugar and cinnamon together in a bowl and then spread into a greased 9"x13" baking dish. Bake for 20-25 minutes.  Bake until the top is crispy and a pick inserted into the center comes out clean.  Remove from the oven and allow to cool a bit before piping on the icing.  To make the icing whisk the milk and powdered sugar together until smooth.