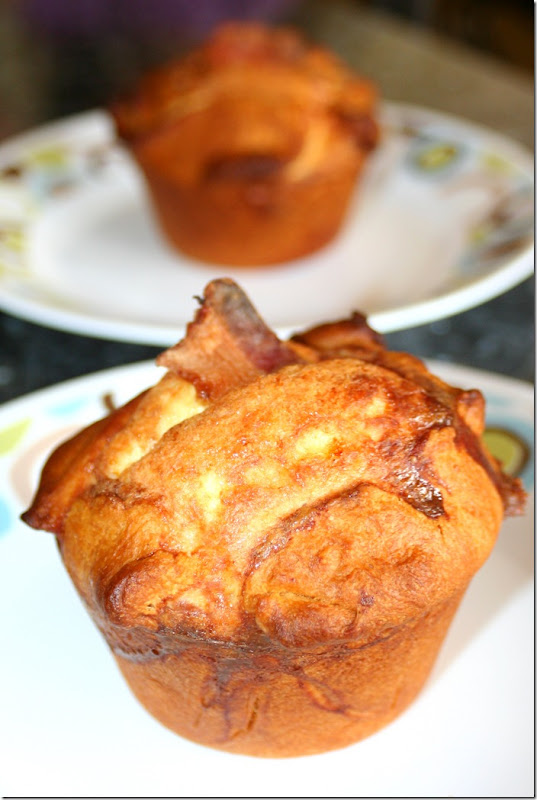 This month for the Improv Cooking Challenge our hostess Kristen of Frugal Antics of a Harried Homemaker has challenged the participating bloggers to make any recipe of their choosing using the specified ingredients of bacon and eggs!  My mind went off in so many directions with these ingredients, of course first thinking about breakfast and then going to the sweet side thinking about my Piggy-Out Cookies which contain bacon and eggs or my over the top Kicked Up Piggy-Out Cookies which also contain eggs along with my Spicy Brown Sugar Bacon…YUM!!  In the end though I decided to go the breakfast / brunch / anytime hold-it-in-your-hand, easy-to-reheat, great-on-the-go route with my Mini Bacon & Swiss Quiche Cups.   I love that I can bake up a batch of these, they can be eaten right away or saved for later as they reheat beautifully in the microwave.  Eammon likes when I have extra as I’ll freeze them so he can, pull out, reheat and enjoy one or two anytime he desires.  I hope that you’ll give these easy to make Mini Bacon & Swiss Quiche Cups a try. 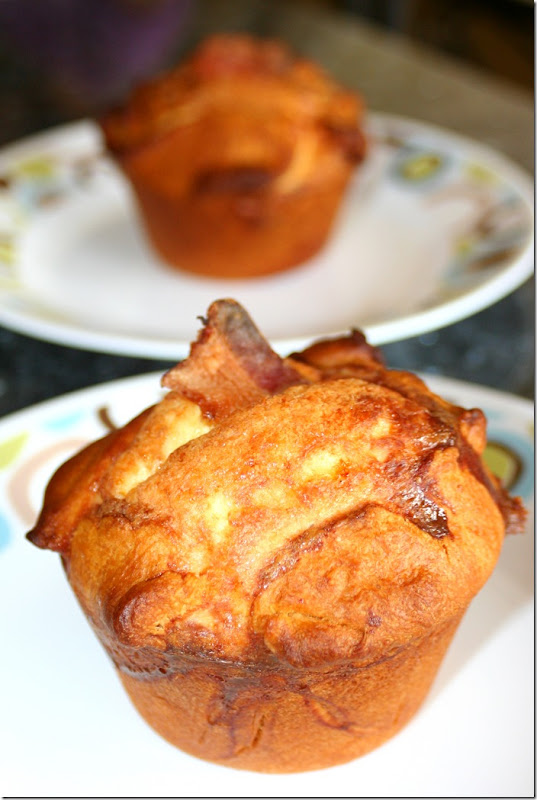 Heat oven to 375F.  In a skillet cook the bacon until crisp and then drain on paper towels. Take two strips and cut each into 5 equal pieces.  Crumble the remaining three slices and set aside.  In a bowl the beat cream cheese until smooth. Add the milk and eggs, beating on low speed until smooth. Stir in the Swiss cheese and green onions. Set aside.

Spray 10 regular-sized muffin cups with cooking spray.  Separate the dough into 10 biscuits. Press biscuit to form a 5-inch round. Place one biscuit round in each muffin cup and firmly press into the bottom and up sides. Divide the crumbled bacon between the 10 dough lined muffin tins, placing it into the bottom of dough-lined muffin cups. Spoon the cheese mixture evenly into cups.  Bake 21 to 26 minutes or until filling is set and edges of biscuit cups are golden brown. Remove from the oven and into the top center of each Quiche Cup, stick a piece of the cut bacon for decoration.  Remove biscuit cups from pan and serve.

These do really well being reheated in the microwave so a great do-ahead breakfast meal-to-go.