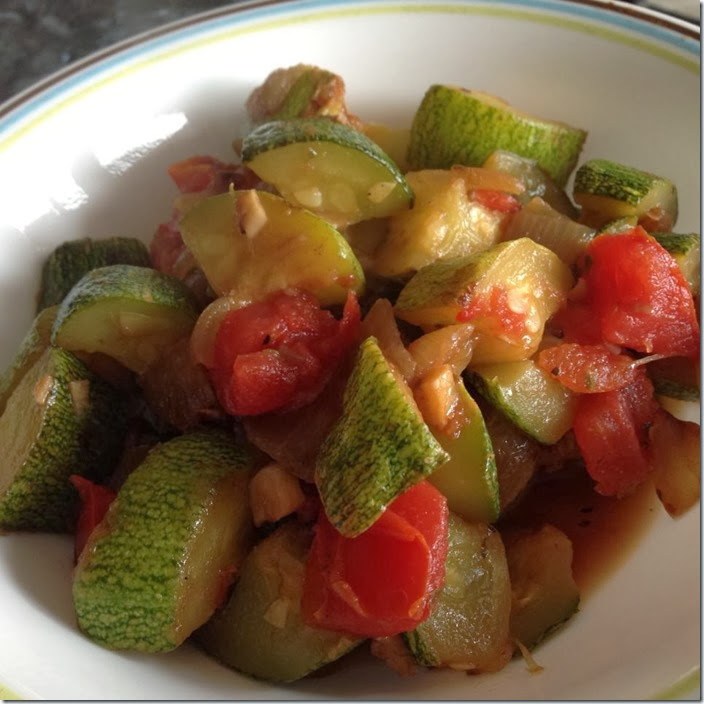 Yep, here we are again for another month of the Secret Recipe Club!  Let me tell you, it’s been a rough month.  Atlanta experienced a second ice storm and the kids lost yet another week of school.  Then Maisie had sinus surgery (#4) and didn’t react well to the anesthesia so we added an ER visit post surgery and a longer than expected recovery period.  Follow that up with her getting a stomach virus and the poor little girl ended up missing three full week of school and time in the gym and even one of her gymnastics meets.  On top of that Mama was sick too so nothing much of anything good was happening here at the Cook Lisa Cook home.

One good and delicious thing though was this Zesty Zucchini Skillet.  This month for my SRC assignment I received Anna’s bcmom’s kitchen.  Anna’s blog is filled with recipes which are good and easy and most can prepared ahead of time so to help make dinner preparation time less hectic.  I found a number of interesting recipes including her Israeli cucumber & tomato salad, an angel hair with broccoli & bacon, which I thought would be fun to do with zucchini pasta, and her butternut & potato bake which I would have done with sweet potatoes instead of white potatoes to better fit in with our diets.  In the end though it was Anna’s zesty zucchini skillet which called our name.  I did make a change to Anna’s recipe in that I used fire roasted tomatoes in place of her chopped tomato and salsa, mainly because that’s what we had available but I’m sure that the original recipe is just as delicious as my version.  Even without the salsa, the cumin gave a bit of zesty-ness and the entire dish had a great balance of flavor.  This dish will be made again and I hope that when you’re looking for an easy and good dish that you’ll make this or check out some of the other recipes Anna has on bcmom’s kitchen. 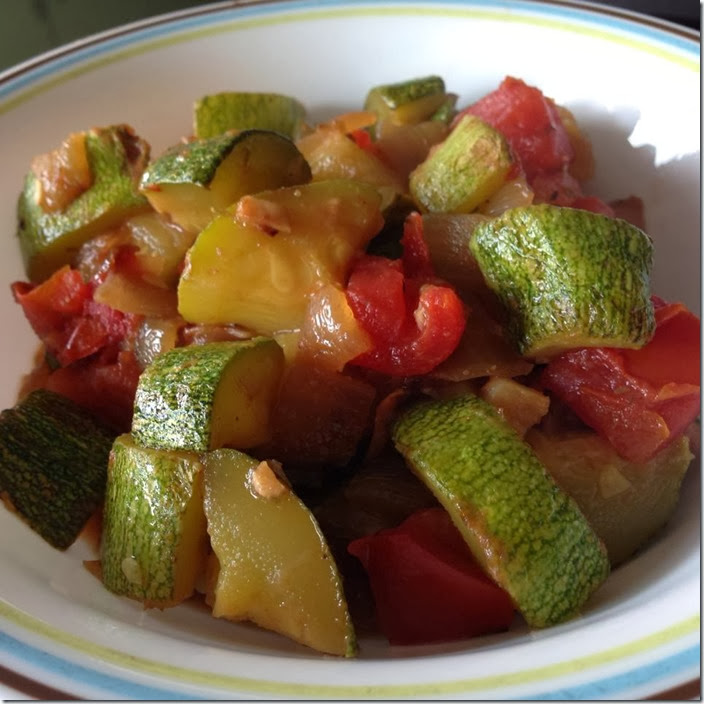